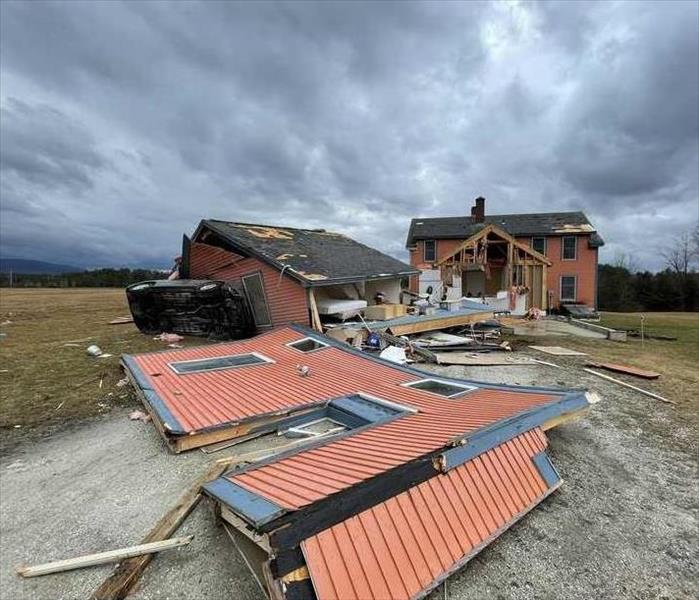 SERVPRO of Bennington and Rutland Counties has been called out to several storm losses in Vermont. This is the worst we have seen. This is what we would call a total loss. If you know that you are having serious winds and the possibility for damaging storms, be sure to go to a safe location in your home. 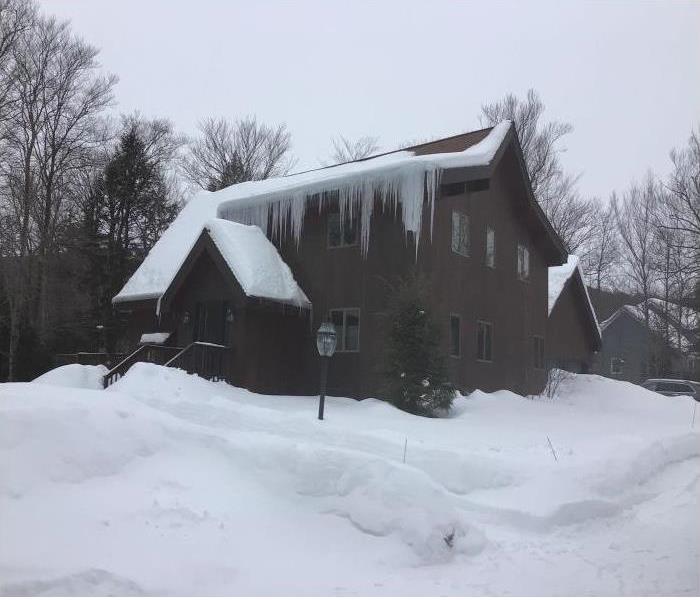 SERVPRO of Bennington and Rutland Counties urge our customers to clear off their roof frequently in the winter months. If the roof are covered for a long period of time, and it starts to thaw on the bottom, there is no where for the water to go. We know for sure that no one wants a disaster in their homes. Give us a call if you have any ice damns. 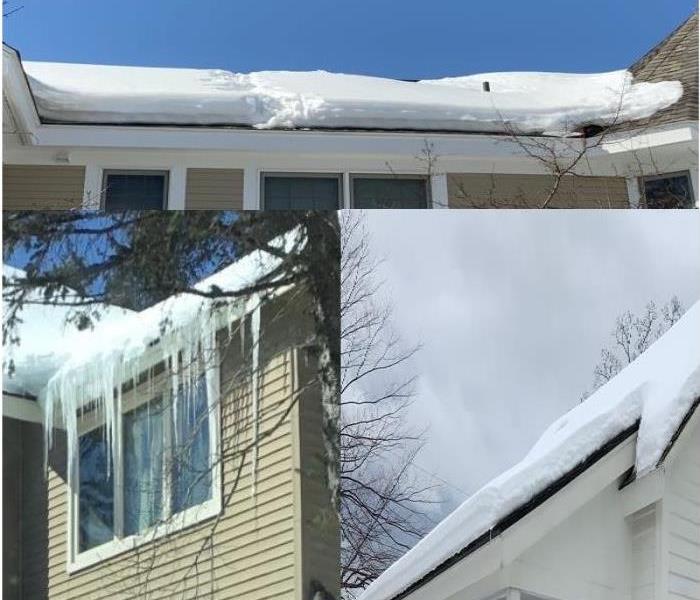 Some may say that its pretty to have the snow on the roof and natural icicles forming. Well, SERVPRO of Bennington and SERVPRO says' they are not pretty. When an ice damn forms under the snow on a roof, you may have some major issues on the over all structure of the home or business. Just like a regular damn in rivers, lakes and streams, they are made to redirect water. The same thing is happening when an ice damn forms on a roof. However, there is no where for the water to go. So, it gets trapped under the snow, and runs right under the shingles, cracks, valleys, etc causing mayhem. With the winter storms that have hit the Bennington and Rutland counties this winter, we have seen them everywhere. Be sure to clean off your roof on a regular basis in the winter, it could save you from a major disaster. 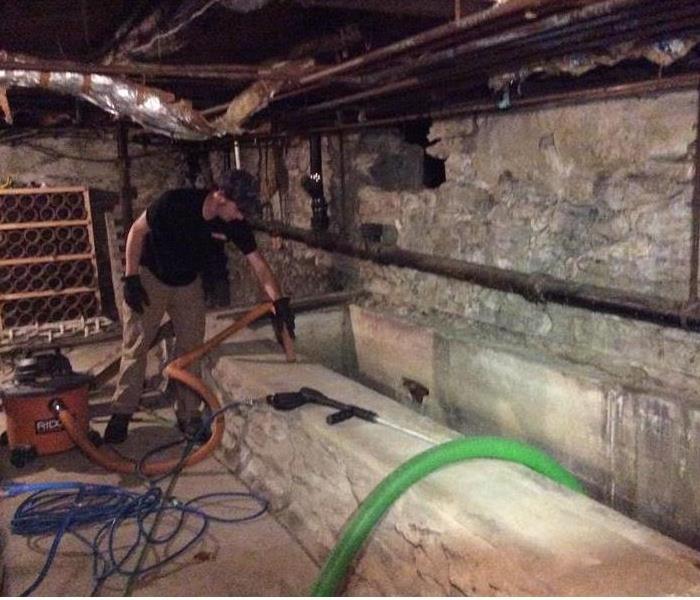 This home in Sunderland, Vermont had an old cistern in their basement contaminated with dead mice and debris. Our service cleaned, scrubbed and disinfected the area. This time of year brings a lot of rodent activity-- SERVPRO of Bennington & Rutland Counties will take care of the gritty disposing, cleaning, and disinfecting for you. 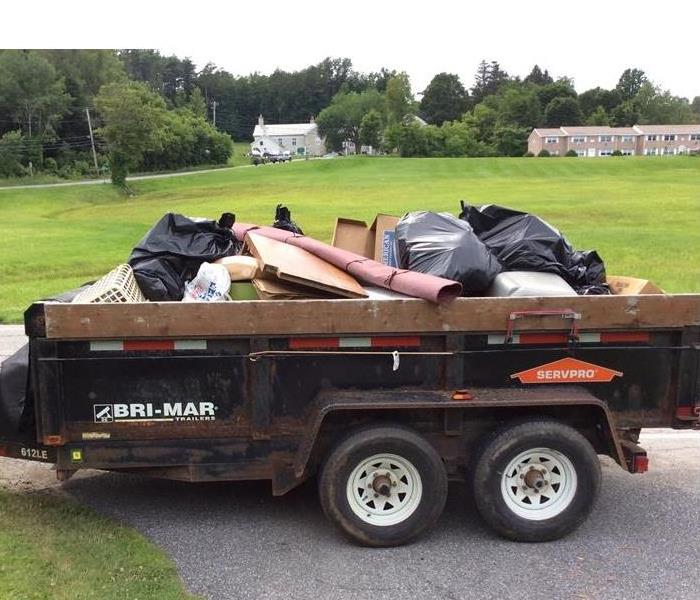 This Bennington, Vermont home had extensive damage in their basement from a rain storm that backed up the sewage line. Their contents stored in the basement had to be removed and disposed of.

SERVPRO of Bennington & Rutland Counties has their own dump trailer which makes cleanup and removal more convenient and more cost effective for the customer.